The World’s Last Blockbuster Has No Plans to Close

Now, options are limited for those who want to rent a hard copy of “Saving Private Ryan” from somewhere other than a library. There are only two Blockbuster stores left in the world. Very soon, there will only be one.

The second-to-last Blockbuster, a squat blue-and-yellow slab wedged next to a real estate agency in Western Australia, will stop renting videos on Thursday and shut down for good at the end of the month. Two stores in Alaska, part of the final group of Blockbuster outlets in the United States, closed in July.

That will make the Blockbuster in Bend, Ore., one of a kind: a corporate remnant, just off the highway, near a cannabis retailer and a pet cremation service.

But this is no elegy for Blockbuster, no lament for how Netflix killed the video star. There were plenty of those when the company filed for bankruptcy protection in 2010, shriveled to 300 stores and then mostly closed.

This is about the ability of the Bend store, like sturdy links in other dying chains, to live on and avoid being turned into a pawnshop or a fast-food restaurant.

Some Tower Records stores still thrive in Japan long after their parent company declared bankruptcy and closed all of its American stores. There is a Howard Johnson’s in Lake George, N.Y., that is the lone survivor of what was once the country’s largest restaurant chain.

Such holdouts have bucked the norm in the retail and restaurant industries, which have shed stores by the hundreds in recent years.

The roll call of closings continued Wednesday, with the discount retailer Dollar Tree’s announcement that it would close up to 390 Family Dollar locations this year. As of mid-February, retailers had announced 2,187 store closings in the United States this year, according to Coresight Research

Blockbuster is such a throwback to another time that the trailer for “Captain Marvel,” which is set during the 1990s, opens with the title character crashing through the roof of one of its storesThe Bend store became a Blockbuster franchise in 2000. It has about 4,000 active accounts and signs up a few fresh ones each day, Ms. Harding said. Some of the new customers are tourists who have traveled hours out of their way to stop in.

Several calls to the store’s landline on Wednesday were greeted by a steady busy signal or hold music (the “Star Wars” theme). On sale inside was Blockbuster-branded merchandise, including trucker hats, cups, even magnets made by a local teacher.

The store has several years left on its lease and a license agreement that its owners sign annually with Dish Network, which bought Blockbuster for $320 million in 2011.

“It’s almost re-energized us, that we’re the last one,” Ms. Harding said in an interview. “They treat us like celebrities.”

A local beer maker, 10 Barrel Brewing, crafted a special beer, the Last Blockbuster, and served it at a party at the store. Two filmmakers raised nearly $40,000 on Kickstarter to finish a documentary about the location. 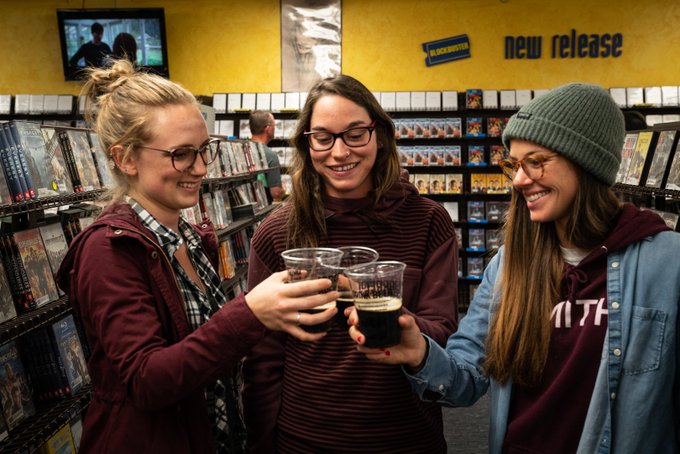 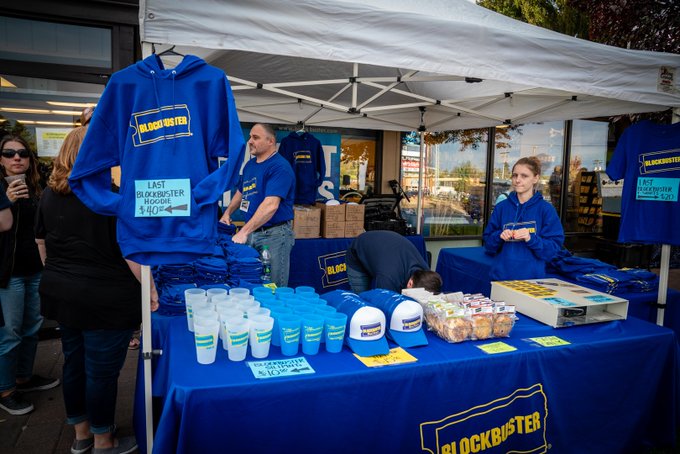 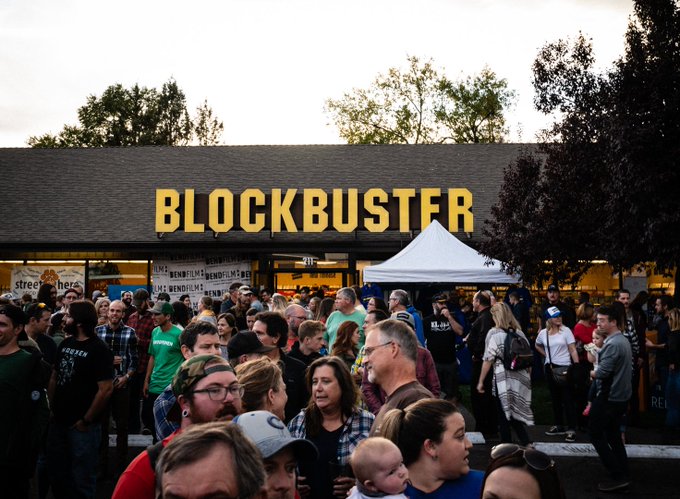 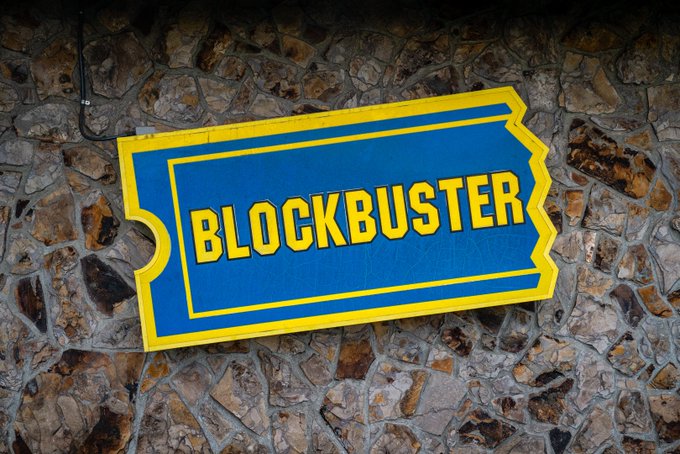 Thanks to everyone who came out and partied at the Last Blockbuster on Friday! We had a blast! Remember: Be Kind and Keep Renting Movies #bend#oregon

One possible explanation for the store’s long life: Bend is in a region that the city’s mayor, Sally Russell, describes as having “huge expanses with really small communities” that often do not have easy access to the high-speed internet necessary for content streaming.

Many residents of outlying areas stop at Blockbuster during their weekly trips to town to run errands, drawn in part by the store’s seven-day rental policy, Ms. Russell said, adding that the store’s last-in-the-world status could even give it a lift.

“It’s like with old vinyl, and how everyone wants to have turntables again,” she said. “We get to a place where something out of date comes back in — there’s definitely interest in keeping this almost-extinct way of enjoying movies alive.”

Tiffany Hsu is a breaking news reporter on the Business Desk. Before joining The Times in 2017 she covered economic news for The Los Angeles Times and earned an M.B.A. from Columbia University. @tiffkhsu